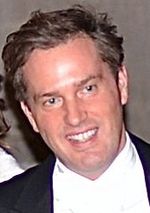 Princess Madeleine of Sweden married businessman Christopher O'Neill on June 8, 2013. When they announced the engagement, transit Juno was on her Progressed Ascendant. At the time of the wedding one of the most interesting aspects in her chart was Progressed Venus conjunct natal Sun. It looks as if she found the love of her life, after an earlier long time engagement ending in a goodbye. You can read all about that on my blog Astropost, using the link. What I didn't mention there is that her Sun in Gemini is now opposition transit Pholus in Sagittarius. This symbolizes a turning point in life.

This post is about the interaction between the charts of Madeleine and her husband Christopher.

MADELEINE AND CHRISTOPHER SYNASTRY
Here is her natal chart. The 'transits' are for the day of birth of Christopher O'Neill.

There is little match in lifestyle. Her husband is a Cancer, she is a Gemini. Their is friendship and they can learn to get used to each other easily, because their Moons are in friendly signs (Aquarius and Libra), just like Mars. Mercury and Venus are not.

Her Mars square his Sun tells us that she will likely rival him, but he is the boss. It is the same synastry aspect that you see between King Willem Alexander and Queen Maxima of The Netherlands. (She is very popular and he is the successor of the family).

Other synastry aspects are:


They don't share much, except Sun-Pluto (Sun trine Pluto - she- and Sun exactly square Pluto for him). On my site Astromarkt about sharing aspects (http://www.astromarkt.net/sharing-aspects.html ) you may read about Sun-Pluto shared aspects:

If Sun and Pluto make an aspect in both of your charts living together will not be easy. Two strong wills, two fanatics, both wanting to win and to have the power. Let us say: playing power games, sometimes. If harmonious both will finally win in some way or win and survive together after making a difficult start. If both have the affliction in their chars, than there is the possibility of making each others’ life hell. But for some reason they are stuck to each other and will not easily separate. In crisis situations these people take charge and cooperate to survive. In teams they are joining forces to win as long as there is ‘the other’ to combat, trying to beat the team member by doing the best they can. Maybe that is why so many football teams have members with Sun-Pluto aspects.

Lady Gaga and Taylor Kinney are a couple (now, March 2013). He is born on July 15, 1981. She is born on March 28,1986 in New York.
They share a hard Sun-Pluto aspect (he has the square, she has the inconjunct) and that means that living together will be challenging!

CHRISTOPHER
With transit Pluto inconjunct his progressed Sun the mentioned challenges have begun this year. They say that he doesn't like the media much. He will have to get used to a different lifestyle now that he married a famous person instead of that of a silent millionaire.

Above is the chart of the DOB with transits and progressions for the wedding day of Christopher O'Neill, an international (an American born in London) whose conjunction of Sun, Mercury and Saturn is square Pluto. That is for the strategic mind. Now that he marries his Swedish Princess, Progressed Sun is square Jupiter, the symbol of success and of ... the international. His progressed Venus is close to his wife's progressed Sun. That is pretty OK for the first period of their partnership!:) They met each other when it was time for love in her chart and when she drew his loving attention. (Learn about meeting each other and astrology: http://www.astromarkt.net/index.php?id=104)

It is a complicated synastry and it will probably be a relationship with some challenges. In fact, that might keep the relationship interesting and surprising, just as Venus-Uranus desires.
RESONATION
Just an observation: in his natal chart tSaturn is inconjunct Neptune. When he married Saturn was trine Neptune and both planets trined his natal Sun. Also Mars is quintile Uranus in the natal chart. Transit Uranus is trine his natal Mars now. I don't wish to speculate about the meaning of the aspects, but I want to point at the fact that important events in life are often triggered by the resonation of natal aspects by transit or progression.

Unlike royal spouses like Maxima, Christopher will not be an official member of the royal family.
Gepost door Astromarkt op 06:28