Recently I ‘discovered’ two couples who are not their ideal match at all and nevertheless stayed together till death did or until death will part them (it is too late for divorce or new lovers now).
The interesting thing about these two couples is that Uranus – the symbol of freedom- is the key to the relationship. The Uranus of one partner is in hard aspect with the Sun of the other partner. It is one man and one woman.
Generally Sun-Uranus-interaction between the charts of married couples is considered to turn the relationship into a ‘flashlight’ love and tension is supposed to ruin the excitement of the beginning. But, what if the partner is considered to be the ‘key to freedom’  in the eyes of the other? What if the partner ‘woke up’ his lover after a long, long and boring sleep? 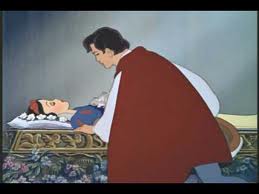 The Uranus partners (with their Uranus in conflict with the partner’s Sun) both had an aspect between Sun and Uranus in the natal chart (Sun opposition Uranus and Sun sextile Uranus). With Sun opposition Uranus one might select a ‘different kind of a’ partner, to be different (because of someone else). With Sun sextile Uranus the easy way out to independence and freedom was through the partner and he (the Sun person) accelerated her life.
Some persons want to have a different kind of life (than their parents had, for example) and – not deliberately -  choose the less resembling partner, the complete stranger, to liberate and alienate themselves from their backgrounds. How long could this have been going on? Until 'liberation day', of course. But, in the cases of my study, the Uranus-persons of the synastry also had Venus-Saturn aspects in their charts! And Venus-Saturns sticks like a stamp to a letter!:) Even if the marriage turned into friendship...(And even if the marriage fell asleep, waiting for another Prince to come...).
LINKS
This is what I wrote about Venus-Saturn on Astromarkt (http://www.astromarkt.net/index.php?id=132):
Venus-Saturn: staying together as long as possible because love is a serious thing. And if you break up (possible with conflicts and supported by more indications) the pain is long felt.
On this blog there is more about Venus-Saturn when you are young (and your heart is broken).
Uranus is ‘ the accelerator’, too. See Astropost about Uranus on Aries Point.
http://astropost.blogspot.com/2010/06/uranus-in-aries-19271928-and-2010.html
Gepost door Astromarkt op 13:54