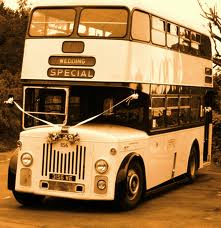 Mrs Dana Jackson married her (younger) friend at age 100. That is interesting for an astrologer, too. First of all because she still wants to get married in spite of her age. Second, because she is still vital enough to want it! She was born on February 2, 1912. There were indications for a chance to reach her age of 100 years:

If we had her time of birth, we'd know more, but those three together helped her to reach this age for sure...(And genes of course)

But why did she marry now? We see transit Uranus semi square natal Sun for the news and transit Pluto conjunct her Venus for the strong desire to get married. Progressed Venus inconjunct Progressed Jupiter is typical for a celebration (and the inconjunction for overdoing it a bit). Proressed Mercury square Mercury doesn't seem to have anything to do with it, unless Mercury rules the 7th house of marriage (and we don't know about that). However, I think that the main point is that her Moon is in Libra, showing the need to be together and have some company!

Here are the charts of the day of her birth, with transits and progressions and the the progressed chart with transits.

ABOUT LIBRA AND MOON IN LIBRA
http://astropost.blogspot.com/2008/04/libra-all-about-sun-sign-libra-moon-and.html