Venus and Saturn when you are young 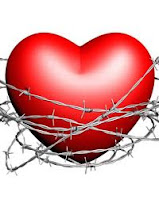 When you are young, Venus-Saturn and broken hearts seem to go hand in hand, more often when there has been an attempt to keep up appearances for the world outside or when you get or stay married in order to be decent and correct, or just to please the parents. Venus-Saturn isn’t one of the easy aspects, not in marriage and not in social situations. There is always distance and caution or the fear to be rejected. Somehow the person with Venus-Saturn in the chart learned to manage and control feelings and desires, the hard way. Often the learning process started with the first steps on the path of romance. That is when the first bricks are building the wall that separates reality from preferences.


This blog is about love. How about love and Venus-Saturn when you are young? Here is an example that I found in the news today...and links to more about Venus-Saturn, sharing this aspect with a partner and the effect of Orcus (again!).

" She also had Venus in Capricorn square Saturn and that makes it easy to see the mistakes and the disadvantages of a marriage and a partner".

This aspect tends to build walls in relationships and often there is strong desire to limit and control partnership (by formal marriage, for example) because marriage and status are related. Sometimes with Venus-Saturn you just keep hanging on to the wrong partner, just because of convention or because of society rules. But it won’t always be easy to do your duty and keep up appearances in marriage. Sharing a Venus-Saturn aspect means:

Venus-Saturn: staying together as long as possible because love is a serious thing. And if you break up (possible with conflicts and supported by more indications) the pain is long felt. (Follow this link to Astromarkt for more about having the same aspect combinations as your partner).

An example in the news today is the relationship between the young parents Levi and Bristol
Venus and Saturn are important in the charts of Levi Johnston and Bristol Palin. Perhaps they are a little too young to be kept together by duty, parenthood and convention and learning the hard way that love and being cautious go hand in hand. The shared Venus-Saturn aspect is not the only indication for the way that this couple started and ended their serious relationship. There is also a Mars square Mars in synastry (' fire' and later ' fighting' ) and his Saturn is square her natal Sun (creating distance). On top of that, her Orcus is square his Sun. His Orcus 75 her Sun. And Orcus is the symbol of the broken promises. ..See the charts with the positions on their birthdays and the positions of their ex-fiance on the outside of the circle.
But let’s see about their Venus-Saturn.
Levi Johnston has Venus and Mars rising before the Sun (a guy with a passion and a drive). Venus is at Aries Point. Saturn is in his own sign Capricorn. They are important players in his chart. They are also important in the chart of his ex-fiance, who has Venus in Libra square Saturn in Capricorn.
Bristol Palin is a Libra. She might have a Libra Moon also. Libra doesn’t want to be alone and will keep searching fot a partner.There are 4 out of ten positions in Libra and 4 (included Pholus) are in Capricorn. Capricorn doesn’t match with Libra. There is a square between the rulers of Libra (Venus) and Capricorn (Saturn) and that is a strong square between rulers in their own sign.
Bristol has Venus square Saturn. The father of her child has Venus on Aries Point sextile Saturn in Capricorn. They share a Venus-Saturn aspect.
PS Other example is a couple living apart ‘apart’ but officially they remain married. His Saturn is exactly square her Pluto and Pluto is her ruler 1. When he stepped out of the house, she had progressed Sun opposition Pluto and he had a progressed inconjunction of Venus and Saturn with progressed Ascendant square Saturn. Venus is inconjunct Saturn in his natal chart, too, so this aspect activated the existing 'to say goodbye to your lover, but...'. Her Venus is conjunct Saturn. So they share the aspect of the official marriage (and the disadvantages of it). You find this example and others in the post about the effects of Saturn (link below).
The Venus-Saturn effect is not always divorce or breaking up. Often the relationship goes on (due to responsibilities or because of the law, taxes, a company that must go on, children). It is limiting fun and the only way out seems to be: to love and like obligations and continuity. But of course, very much depends on where, when and how you live, of the importance of the aspect Venus-Saturn and of the other aspects and positions in your chart.
LINKS
Orcus is the symbol of broken promises. See the earlier post about Orcus… http://astropost.blogspot.com/2010/08/orcus-oaths-and-link-to-ephemerides.html
A Saturn-Sun relationship often finds barriers on the way. According to CBS Levi might have fathered another child and that is what ended their second engagement: http://www.cbsnews.com/stories/2010/08/04/earlyshow/main6741893.shtml
http://astrology-love-romance.blogspot.com/2009/09/exceptions-of-not-matching-sun-signs.html
When signs (do or don’t) match, there might be an aspect between the objects in the signs that is telling a different story or even show a stronger bound. For example: a 1 degree Aries with a 13 degree Gemini is a quintile. The signs are matching and the quintile shows that there is a possibility of finding a creative way of cooperating.
http://astrology-love-romance.blogspot.com/2009/05/matching-and-not-matching-signs.html
Link to list with matching and not matching signs.
http://astrology-love-romance.blogspot.com/2009/05/saturn-in-relationship-synastry.html
The effect of Saturn in a relationship…
Gepost door Astromarkt op 13:58