Catharina the Great and her young lovers 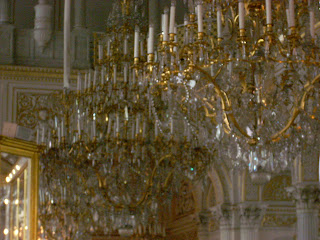 Catharina de Grote had many lovers. In The Hermitage in Saint Petersburg they tell us that there might have been 70 young tall men who shared her bed. She managed to take over the throne of her husband and he was killed a week later. From that moment on until she died, she desired the company of young men. I don't know if the young men were volunteers.


What in her chart tells us why she had so many young lovers?
a. Venus is conjunct Moon. She needed to be loved and appreciated and had a lust for love. She also had sense of art and loved to educate the people by means of libraries and arts.
b. Venus and the Moon are opposition the Midheaven. That tells us that her sense of beauty (and need for love) was of crucial importance.
c. Venus and the Moon are in Gemini, the sign of 'more than one' and the sign of 'young'.
d. Mars rises before the Sun and is conjunct the Sun in Taurus. This tells us that she is an energetic active lady and not likely to stick to reading novels.
e. There is a Yod with Pluto in the 8th as the apex of a Mars-Saturn-Pluto combination (the combination of the theme of unnatural death). The inconjunction of Mars and Pluto points at disproportionate use and abuse of power and influence (more about Mars and Pluto on my site Astromarkt. The inconjunction of Saturn and Pluto tells us that she was a rather extreme 'die hard'. More about Saturn-Pluto combinations on Astromarkt...
f. The astrological equivalent for 'many' is : Jupiter. This planet is in the 5th house of entertainment, children, pro-creativity and ...lovers.
g. I almost forgot to mention Venus inconjunct Uranus, symbol of disproportionate (inconjunct) adventures (Uranus) in love (Venus) or the outrageous roller coaster:). More about Venus-Uranus on Astromarkt...or on Astropost ('firework in the rollercoaster').

You can see her natal chart on Astro.com...
Gepost door Astromarkt op 10:41