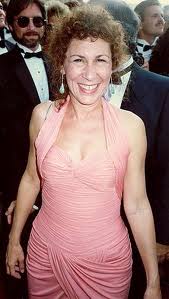 THE VENUS-SATURN GLUE
They say that the divorce was ten years in the making! What keeps a couple together (in spite of whatever) is a Venus-Saturn connection. Venus-Saturn makes you stick to a lover like a stamp to a letter. It is because you take love seriously and because obligations (mortgage or parenthood) keep you together. I wrote about that before (see that blog on Astropost).

There is a mutual Venus-Saturn synastry between Danny DeVito and Rhea Pearlman. His Saturn is semi square her Venus. Her Saturn is sesquisquare his Venus.


THE SUN-SATURN SYNASTRY
Danny DeVito has Sun sesquisquare Saturn. There is a wide trine between Sun and Saturn in Rhea Pearlman's chart. When a couple shares Sun-Saturn aspects, that (quoting Astromarkt)

...makes you worry a lot if the aspect is hard. Maybe you do this, due to sharing nasty life experiences or feeling the same limitations and responsibilities. Nice trines or sextiles make you the serious couple, the parents perhaps. You go for a long time relationship and for getting old together and you are consistent in that! Your perseverance is highlighted.

That is the second key to what kept them together for so long!

However, Saturn (his) opposition Sun (hers) already warns about growing apart (after a long long time).  The fact that his Sun is sesquisquare Saturn and the synastry between them, shows the importance of this particular marriage.

THE SUM OF IT ALL
It is easy to see the other + and - in the synastry.

- There sun signs didn't match (Scorpio and Aries) but they noticed each other (there is a sesquisquare between their suns). It is harder to stay married in such a case.
+ - Her Venus opposition his Mars is a traditional indication of passion but the opposition might cause a problem
+ They share the same moon sign and that makes it easy to feel close.
+ Watch the biquintile between his Venus and hers: they found a creative way to love, in spite of their not corresponding sun signs and in spite of the not matching signs of Mars.
- Mars square Mars (fire at first, arguing later)
+ Her Jupiter on his Ascendant (for support and making each other happy)

When you see the + and -, the sum of it all seems to be that Mars square Mars did it, in the end. Mars is prominent in his chart (rising before the Sun) and her Chiron is conjunct his Mars. There are a number of Mars-Mars afflictions in the posts about divorces on this blog. It is about FIRE! With fire you might get hurt.

NATAL CHARTS
It is more difficult to stay married, when you have 2 or more hard aspects like (for a woman) Sun-Uranus, Venus-Uranus, Mars-Saturn or Sun-Mars. Rhea has Mars conjunct Saturn, which is one of the 4 aspects found in the charts of divorced women. But only one…! She also has Sun quintile Uranus, making it easy to be independent.

Danny has a Gemini descendant (a double sign on the house of marriages) and ruler Mercury is inconjunct Saturn in the 7th house. That is a 'circumstantial' affliction. Mercury inconjunct Saturn is about having to say goodbye, a departure with a loss. Saturn in the 7th house doesn't make it too easy to be married, but isn't necessarily a sign of divorce, unless afflicted. His Saturn IS afflicted by the Sun, Mercury and Neptune. There are no ' usual suspects' like afflictions between Moon-Saturn or Moon-Neptune, Mars-Uranus or Venus-Neptune, ruler 1 and ruler 7.

There were very little indications of divorce, only Mars-Mars affliction. But, let us (as always) consider circumstances. Danny DeVito is a rich man and surrounded by beautiful women. That makes it hard to be true...

PS
But why now? Here is the progressed chart of Danny DeVito.

In the progressed chart Venus is conjunct Ascendant for Danny DeVito. I wonder why. Maybe there is new love on the horizon? Maybe all women want to meet him, now that he is available?:)
It happens to be the kind of aspect that you would expect in the chart of someone who marries, not divorces. I wonder how YOU see that.


LINKS
http://astromarkt.net/sharing-aspects.html
About having the same aspect combination as your partner

http://www.astromarkt.net/love-and-astrology.html
Enter the page that brings you to all articles about love and astrology on Astromarktf