A little married and more...
Saturn and Pluto in Libra 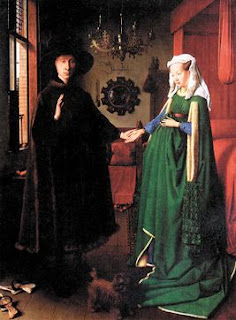 This post is about the (different stades of) transformation in marriage, Saturn and Pluto in Libra and a book that shows the different reflection of the 1982 transits in different parts of the world.

http://www.cnn.com/2010/LIVING/06/15/a.little.bit.married.relationships/index.html?hpt=C2
See the link to CNN. It is about Hannah Seligson’s book ‘ A little bit married’ and an interview with her about couples staying together for years without ever getting married. Well, so what?

In some parts of Europe people use NOT to get married these days, even if there are children. They don’t get married because they feel they don’t need an official license (and they don’t, as there are other ways to make financial commitments). Maybe it is also because of the fact that the church has less and less influence. In Denmark 60% of the children are born out of wetlock. Parenthood and marriage has split. Fathers and mothers call each other their ‘ friends’. Two generations ago they called each other ‘ mother’ and ‘father’, sometimes even when the children weren’t around! The roles of the individuals in a relationship changed. They are no longer parents, they are partners.

SATURN AND PLUTO IN LIBRA
The author was born in 1982, when Saturn (symbol of a little bit) was in the sign of marriage (Libra), just like Pluto (symbol of problems and investigations). You could also read these placements like this:

The author of ‘ A little bit married’ was born in a Saturn and Pluto in Libra generation. Still, in the USA people marry quickly and rather young. A look at the interview reminded me of the fact that in the USA – or at least where Hannah lives- conventional marriage is more common than living together like one (without official papers and without romantic white gowns). Wouldn’t that make a difference for reading charts?

TIMES CHANGING?
Of course, there is a big difference in transformations in marriage between the Western world and small villages in conservative and strictly religious worlds. Maybe it is significant that Pluto (the symbol of transformation) is not being regarded as a ‘ ruler’ in Indian and classical astrology? But let me stick to the Western world.

The revolutionary change of Pluto in Libra seems to have had more effect in Europe than it had in the USA. But divorce figures have risen in Europe and in the USA, except in those countries where less people got married☺. See, you always have to consider the status quo, the moral and local traditions and habits when you read individual charts or interprete the effect of Saturn and Pluto in Libra. It is different, depending on the culture.

Meanwhile, the next generation is more willing to get married. And they have parties and are dressed in white when they do. Some young men even ask the father for the hand of the daughter, like in the old days! Times are changing again, maybe because some things never change. BTW I will be celebrating the wedding of friends next month. They lived together for more than 10 years and have a 7 year old child. Now they decided that it was time for a party and time to get more than just a little bit married☺
Gepost door Astromarkt op 14:23